Our Work in Madagascar

The Aspinall Foundation has been working in Madagascar since 2008 with the overall mission to work with local partners for the conservation of endangered species and their habitats – particularly lemurs, rainforests and dry forests, wetlands, and freshwater wildlife.

To achieve this we fund Malagasy scientists and conservationists who work with local community associations and local authorities at each of our project sites. Our community-based conservation initiatives involve activities that enable local people to protect the natural habitat and its wildlife whilst also making changes towards more sustainable lifestyles. The range of activities is specific to each site and often includes reforestation and patrolling projects alongside agricultural improvements and the development of income streams. Raising awareness is also an important aspect of our Madagascar Programme and consists of targeted activities for both adults and schoolchildren.

In 2008 we began our first project in Madagascar, known as “Saving Prolemur simus”, with the objective to ensure the long-term existence of the Critically Endangered greater bamboo lemur, one of the most threatened lemur species and one of the rarest primates in the world.

The major impact of the project is that the immediate crisis facing the greater bamboo lemur has been averted; the known population in the wild has grown from 100 to over 1,000 in a decade of community-based conservation. One of the sites newly discovered by the project became the first ever community-managed site created specifically for conserving greater bamboo lemurs.

Although still considered Critically Endangered, in 2012 the international primatological community removed the greater bamboo lemur from the list of the 25-most-endangered primates in the world, due to the results of our project and the work of other committed organisations.

We continue our work to protect the greater bamboo lemur and over half the total known population is now protected by local community associations supported by our “Saving Prolemur simus” project.

A wider range of species

Madagascar is a global biodiversity hotspot. The island became detached from the African continent millions of years ago and its isolation has resulted in distinct ecosystems and unique flora and fauna, making it one of the most remarkable and special places on earth.

All species of lemur, of which there are over 100, are unique to the island but sadly they are all threatened with extinction and over 30 species are already classified as Critically Endangered. Soon after embarking on our greater bamboo project we extended our Madagascar Programme to include other lemur species, such as black-and-white-ruffed lemur, indri, crowned sifaka, diademed sifaka and mongoose lemur.

Our lemur projects have subsequently expanded to conserve a wide diversity of other wildlife, including the Madagascar big-headed turtle, the Madagascar fish-eagle, Humblot’s heron, and a number of endemic freshwater fish species.

Since we began working in Madagascar in 2008 we have increased the number of areas on the island where we have projects. Currently our project sites includeː 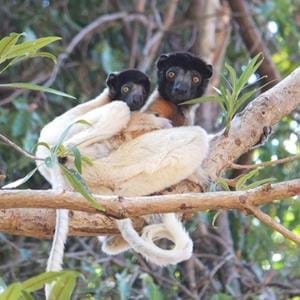 The Ankeniheny-Zahamena forest corridor (known as CAZ), is one of the largest continuous rainforests remaining in Madagascar. 85% of the fauna and flora in the area are endemic species, including 15 lemur species, and it is also an important water source for the eastern part of the country. Our lemur protection project began in a western portion of CAZ in 2009 with the greater bamboo lemur. From 2012 it expanded to include three additional species; indri, black-and-white ruffed lemur, and diademed sifaka. We work with local people through five community associations in the project area, and we have maintained a continuous programme of community-based conservation activities throughout. As a result, the populations of the four target lemur species are currently stable. Threats, particularly to suitable lemur habitat, remain and conservation measures must continue in order to maintain the progress that has been made. 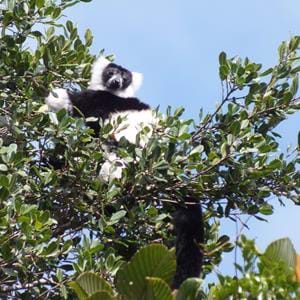 Andriantantely is a lowland rainforest fragment in eastern Madagascar, one of the most threatened habitats in the country. The forest is recognized as a protected area and included within the 550,000-hectare Ankeniheny-Zahamena Corridor (CAZ). We began working in the area in 2010, in part as it is surrounded by bamboo thickets which provide ideal habitat for the greater bamboo lemur. As with CAZ West our project quickly expanded to include indri, black-and-white ruffed lemur, and diademed sifaka. We work with the local people through seven community associations in the project area, and we have maintained a continuous programme of community-based conservation activities throughout. In common with CAZ West, as a result of our work, the populations of the four target lemur species are currently stable. Threats, particularly to suitable lemur habitat, remain and conservation measures must continue in order to maintain the progress that has been made.

In 2010 the Aspinall Madagascar team undertook surveys in the Vohibe rainforest, Nosivolo region, eastern Madagascar that confirmed the presence of the greater bamboo lemur. Despite a very small population, this was an important discovery as it extended the known range of the species. In 2011 we initiated further surveys and an education and communication programme to help protect the population. Unfortunately, we did not have funds to maintain a constant programme of activities in the area although a grant from the Lemur Conservation Action Fund allowed us to return to the project site in 2020. Based on our monitoring observation and results, there had been a noticeable decrease in the greater bamboo lemur population which is becoming more threatened than ever. We did however discover the presence of a small population of red-bellied lemurs, a species that had not been identified as present previously. If these populations are to survive more work needs to be done in this area, and we hope to return in the future. 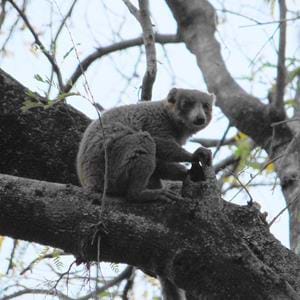 In 2010 we began surveys in the western dry forests of Ambato-Boeny, subsequently followed by community-based conservation activities to protect populations of crowned sifaka, mongoose lemur and red brown lemur. By 2016 this was extended to Maevatanana. In 2017, with the support of the Critical Ecosystem Partnership Fund, we initiated our first wetland projects in the region where we have been able to establish the presence of the Critically Endangered Madagascar big-headed turtle, considered to be the world’s most Evolutionarily Distinct and Globally Endangered reptile by the EDGE programme of the Zoological Society of London and with the highest EDGE score of any terrestrial vertebrate. We work with local people through seven community associations in the project area and our work now conserves a variety of species from water birds to endemic freshwater fish species. We hope to continue to develop projects, both in the wetlands and the forests, in the region.

Much of our work at The Aspinall Foundation is supported by individual donors, many giving a regular monthly donation. However, we also rely heavily on, and are extremely grateful for, the support of others. In Madagascar this includesː 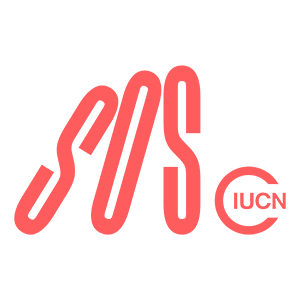 IUCN Save Our Species

IUCN Save Our Species through the SOS Lemurs Initiative has supported our work with several multi-year grants for community-based conservation projects in CAZ West, Andriantantely, and Maevatanana-Ambato-Boeny. We also received their support in 2020 for our work in Nosivolo through the Lemur Conservation Action Fund which was managed by Global Wildlife Conservation, now Re:wild. 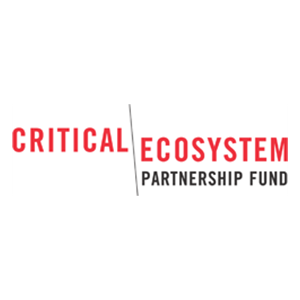 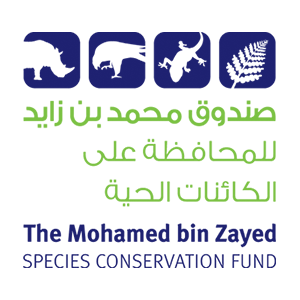 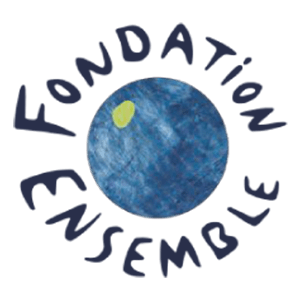 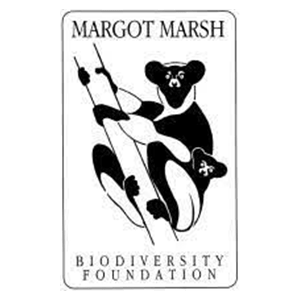 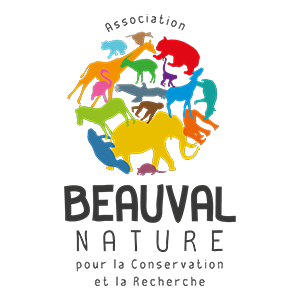 The Beauval Nature Association has supported our work across numerous conservation programmes including our lemur projects at various sites in Madagascar, where they have provided support over several years since 2014. 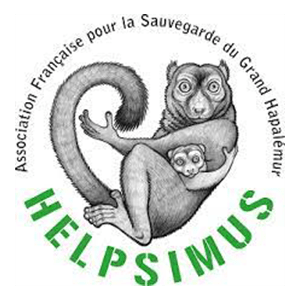 HelpSimus supported our work from 2012 – 2015 and was a key funder for our work with the greater bamboo lemur at Nosivolo. 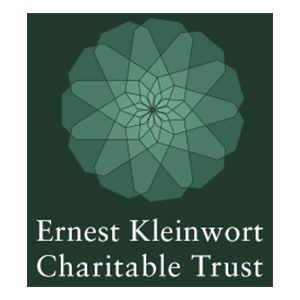 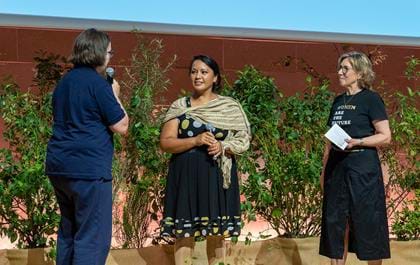 We are delighted to share with you the exciting news that Maholy Ravaloharimanitra, who heads our hard-working team in Madagascar, has just received a special Yves Rocher Foundation Terre de Femmes International Award for achievements in environmental awareness, conservation, and solidarity. 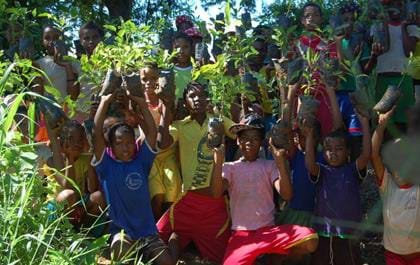 Madagascar’s incredible diversity is under threat. It is estimated that 90% of its forests have been lost - 40% in just 60 years. 17 species of lemur are now extinct, and with most of the remaining species also at risk of extinction, we need to act now to turn things around and save this amazing ecosystem. 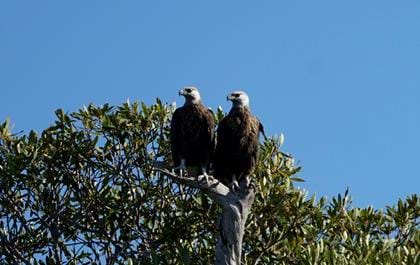 Working to Protect the Madagascar Fish-Eagle

The Madagascar Fish-Eagle (Haliaeetus vociferoides) is the largest bird of prey in the family of Accipitridae in Madagascar, and one of the rarest birds of prey in the World with a total population size estimated to be lower than 250. 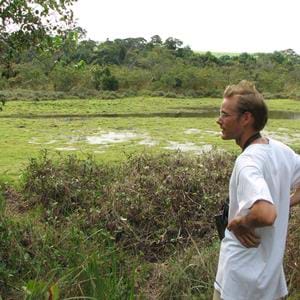 We have been remarkably successful in averting the extinction crisis that was facing the greater bamboo lemur when we started our work in Madagascar over a decade ago. We replicated this successful community-based conservation model to help conserve many other highly threatened species and habitats in several areas of the country. Our challenge now is to continue our support of local communities living in such fragile but globally important ecosystems, as they learn how to effectively conserve endangered species whilst dealing with the challenges of poverty and increasing threats to the natural resources upon which they, and their unique wildlife, depend.