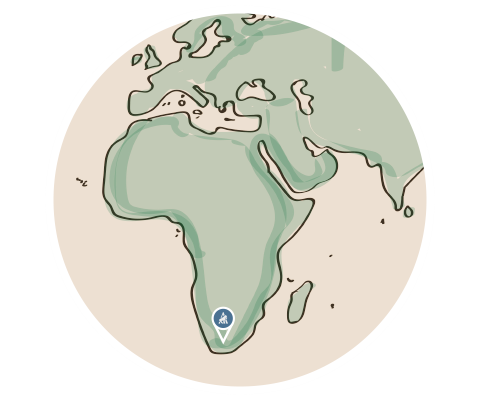 Our Work in South Africa

Our work in South Africa started in 1995 with our first reintroduction of eastern black rhino. We then became the first charity to send a brown hyena born in the UK back to Africa. In more recent years we have rescued elephants, giraffes and antelopes and have achieved another world first in conservation by sending a pair of UK born cheetahs back to the wild.

South Africa is our newest overseas project for

1. Reintroduction in the wild

We are working to habituate as many captive born species as possible to their native lands in South Africa and beyond. The Aspinall Foundation is the first organisation in the world that to reintroduce in their natural habitat 2 cheetahs (Saba and Nairo) and a brown hyena born in the UK at Port Lympne Reserve.

The Aspinall Foundation works with a number of partners in South Africa to rescue and relocate wild animals. In 2019, we collaborated with local partners and international conservationists to rescue 13 elephants, 4 giraffes, 19 Cape buffalo and 29 wildebeest from a barren, half-abandoned reserve in South Africa’s Eastern Cape. The rescued animals were all safely translocated to safe new homes within hours. Read more.

1. Our work in South Africa began in 1995 with the reintroduction of an eastern black rhino.

2. We are the first foundation in the world to have successfully reintroduced in the wild 2 cheetahs and one brown hyena born in captivity in the UK.

3. In 2019, we rescued 13 elephants, 4 giraffes, 19 Cape buffalo and 29 wildebeest from an abandoned reserve in South Africa’s Eastern Cape and transferred them to a new reserve.

4. In 2021, The Aspinall Foundation, in collaboration with Parc Safari, Imire Rhino and Wildlife Conservation and Ethiopian Airlines, successfully translocated two cheetahs from Canada to Zimbabwe as part of their ongoing Back To The Wild initiative.

1. The cheetah is the fastest land animal in the world and can reach a speed of 112km or 65.5 miles per hour in just 3 seconds! It's faster than a sports car!

2. The name Rhino comes from 'Rhinoceros' which means "nose horn" referring to the giant horn that grows from their snouts. The reason why rhinos are often victims of illegal pouching is because the horn is still used in traditional folk medicine especially in Asia.

3. Elephants are the biggest land animal in the world. Male African elephants reach a height of 3m and a weigh between 4,000-7,500kg. Another curiosity is that their tusks continue to grow so if you see an elephant with very long tusks be sure it's an old one!

4. Giraffes have a very long tongue. It can reach the whopping length of 53cm! This helps them pull down the tree leaves.

5. The brown hyena is a subspecies of the more common spotted hyena. It lives predominantly in the southwest corner of Africa and in Namibia it got the Afrikaans name strandwolf (beach dog) because it wanders the seashores for dead seals and other food left by the sea. 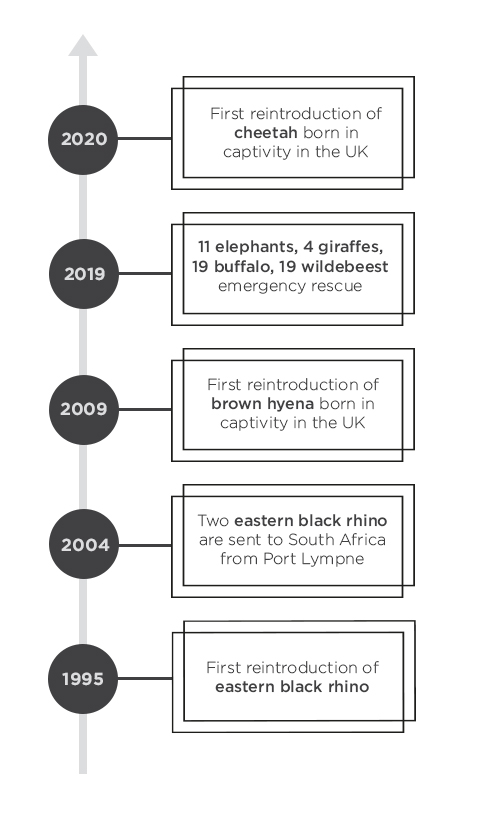 Meet the amazing people in the Aspinall Foundation Team in South Africa. 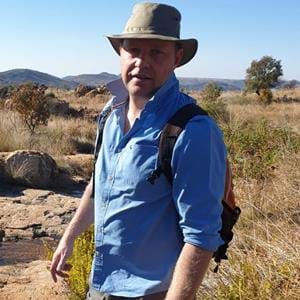 Dereck has been actively involved in conservation in Africa for over 18 years, starting his career as a ranger in the Kruger National Park and other parks of South Africa. Since then he has held various strategic positions in conservation areas and consulting businesses, with a key focus on protected area development and management. Dereck has been operating in the NGO space for the last 5 years, where he has specialised in the emergency rescue and translocation of at risk wildlife, especially rhinos and elephants. Since 2016, Dereck has been involved in the rescue/translocation of close to 250 elephants, 100 rhinos, lions, cheetah and other species.

Our Conservation Firsts in South Africa 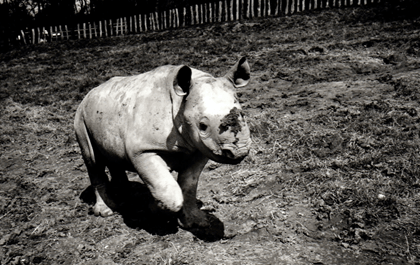 In 1995 our four year old Port Lympne-bred eastern black rhino, Bwana Kidogo, left Kent for Addo Elephant National Park - a diverse wildlife conservation park situated close to Port Elizabeth in South Africa. In February 2004, two four year old captive bred females made the same journey. All have done well, the females have produced a number of calves between them and Bwana is known to have sired several offspring too. 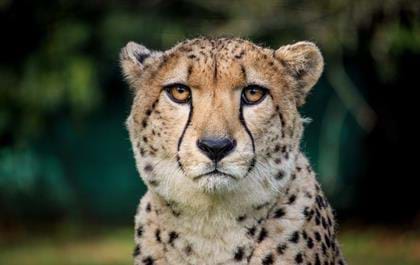 The Aspinall Foundation has achieved ground-breaking results in their cheetah rewilding project in South Africa. Saba and Nairo, who were both born in captivity at Howletts Wild Animal Park in the United Kingdom, were translocated to South Africa in February 2020 to start their rewilding journey.

2013 saw another first for The Aspinall Foundation when Scar, a four year old brown hyena, travelled 7,847 miles to the 6,000 Hectare Sanwild Reserve in Limpopo, South Africa. Born at Port Lympne in 2009, Scar was already famous as he was the first brown hyena to be born in captivity in the UK. Since his release Scar has settled well and is now fully rehabilitated Back to the Wild. Classified as Near Threatened, the brown hyena has been subject to significant persecution by man as they are mistakenly believed to target livestock. We are working to change that.

In total, The Aspinall Foundation has reintroduced in the wild 8 eastern black rhinos, 3 in South Africa and 5 in Tanzania which have a total of over 60 descendants. In this picture are Tana & Kivu, the two rhinos who went back to the wild in 2004.

The story of Tana & Kivu

In 1995 the Aspinall Foundation reintroduced in the wild the first black rhino, Bwana Kidogo. Since then the journey of reintroduction of black rhinos in their natural habitat hasn't stopped and today there are more than 60 descendants of these animals in Africa.

In 2020, this pair of sibling cheetah flew more than 6,000 miles from the UK to a new life in the wilds of their ancestral homeland of South Africa. The cheetah were monitored during their reintroduction in the wild and have found their new home in Mount Camdeboo Private Game Reserve.

The Aspinall Foundation, in collaboration with Parc Safari, Imire Rhino and Wildlife Conservation and Ethiopian Airlines, successfully translocated two cheetahs from Canada to Zimbabwe to begin their rewilding journey.

Harry is one of the 11 elephants that were rescued in 2019 from Blaauwbosch Private Game Reserve in the Eastern Cape region of South Africa, together with 4 giraffes, 19 buffalo and 29 wildebeest that were found struggling to find water and food.

Brothers Azi & Zazu, a pair of male lion cubs born at Port Lympne Reserve in the UK were rewilded in South Africa.

Fundraise to protect and conserve rare and endangered animals and their natural habitats.

We have released more than 70 western lowland gorillas in our Back to the Wild campaign.

We have released 211 primates in Java as part of our Back to the Wild campaign. 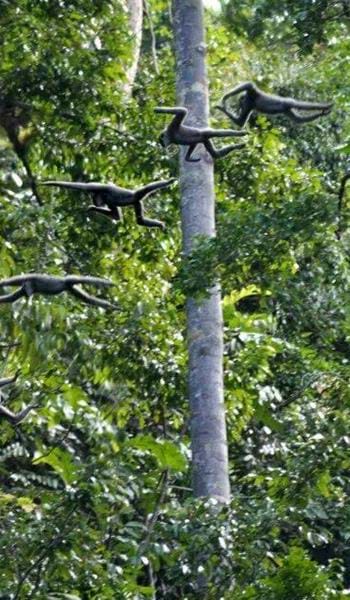 The Aspinall Foundation and Wild911 rescue animals from Blaauwbosch

The Aspinall Foundation in conjunction with Wild911, an American NGO, have stepped in to save a large number of animals within a hunting reserve in South Africa from an almost certain death.

The Aspinall Foundation and Wild911 rescue animals from Blaauwbosch 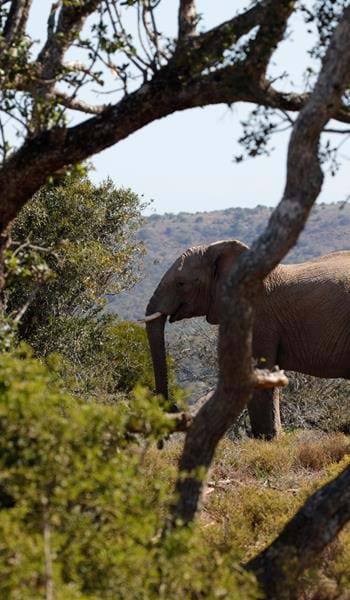 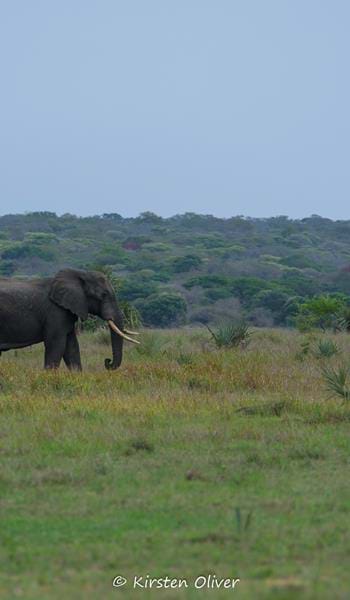 The Aspinall Foundation, in partnership with Albus Environmental, collaborated with WILDTRUST and Conservation Solutions in the translocation of two white rhino orphans to their forever home in South Africa, giving them a second chance at a normal life. 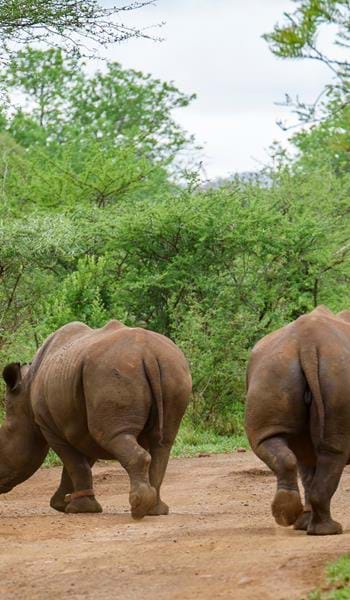 Internationally renowned conservation charity, The Aspinall Foundation, has partnered with the Wildlife Emergency Fund and the Mpumalanga Tourism and Parks Agency to urgently save a herd of at-risk white rhino at Loskop Dam Nature Reserve in South Africa. 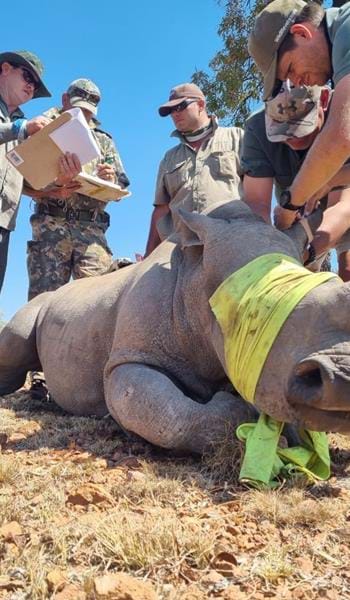 Translocation of 12 elephants in South Africa

The Aspinall Foundation has again been called upon for its megafauna translocation expertise to move 12 elephants between two reserves in the KwaZulu-Natal region of South Africa.

Translocation of 12 elephants in South Africa 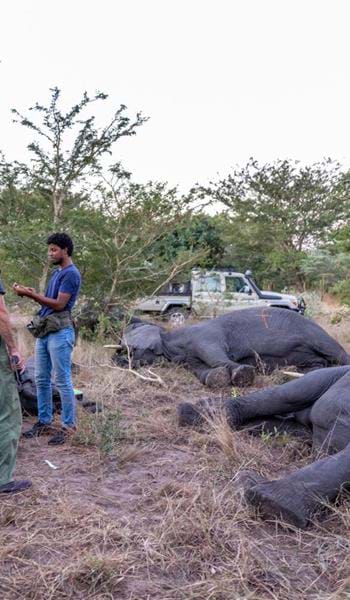 The Aspinall Foundation worked closely with the Wild and Free Wildlife Rehabilitation Centre to release a pair of orphaned side-striped jackals into Lionspruit Nature Reserve within Marloth Park in the Mpumalanga province.