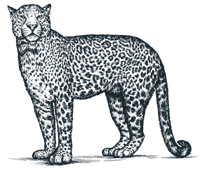 Each Cub, Cabin and Wigwam features bespoke interiors carefully designed by our Design Director, Victoria Aspinall. Leopard Creek promises a lavish retreat from the outside world where your neighbours are a pair of majestic Amur leopards.

Leopard Creek at Port Lympne Hotel & Reserve joins Lion Lodge and Tiger Lodge as one of our most luxurious and exclusive accommodations. Leopard Creek guests are able to sleep just metres away from Port Lympne's rarest and most elegant cats in individually-designed cabins finished to the highest standard.

Give the gift of an overnight stay at Port Lympne Hotel & Reserve, where choices of short breaks range from seasonal glamping to luxury lodges and can include the opportunity to wake up in a tiger’s world at Tiger Lodge or come face to face with a magnificent lion at Lion Lodge.

Leopard Creek includes two Cub units, sleeping up to two guests, and three cosy Cabins which can accommodate up to four guests (2 adults and 2 children under 8 years old). The Cubs and Cabins include bespoke king-sized beds and luxurious shower rooms. All guests can benefit from sweeping views across the leopard habitat and relax in an outdoor seating area.

The Cubs and Cabins include all the basic amenities as well as rustic finishing touches. The accommodation includes a 24-hour concierge and a complimentary buggy to explore the Reserve. 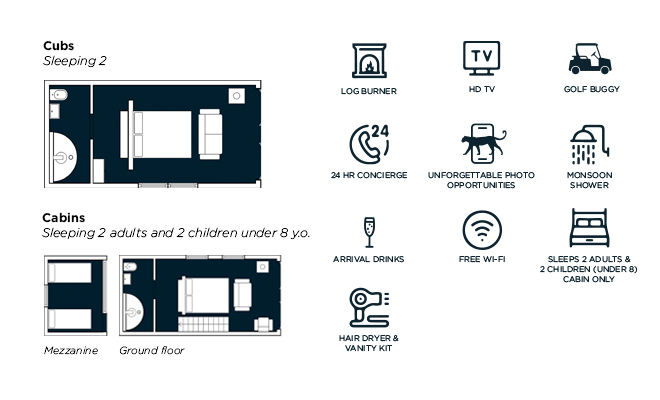 The two wigwams sleep up to four guests (2 adults & 2 children under 8 years old) plus room for a cot. The accommodation includes panoramic windows and underfloor heating. A large outside leopard viewing area offers guests a chance to see the rare Amur leopards - a sight very few have seen.

The Wigwam includes all the basic necessities as well as bespoke finishing touches including a monsoon shower, a complimentary buggy to explore the reserve and breakfast. Enjoy panoramic windows gazing out to Leopard Creek, creating unmissable photo opportunities. 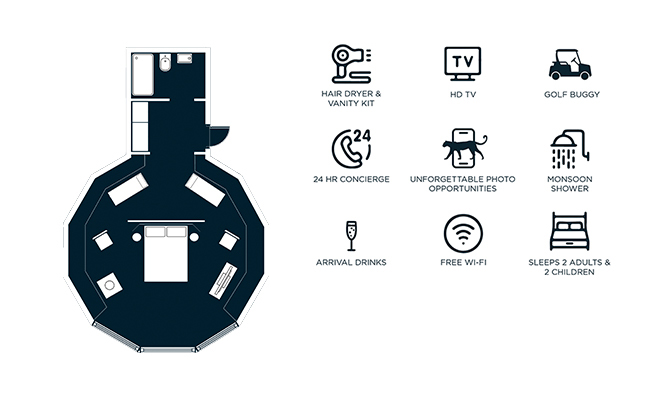 Please note: Leopard Creek Wigwams do not include a log burner

Milena and Sayan were introduced here at Port Lympne Hotel & Reserve. The pair are Amur leopards, a critically endangered subspecies considered to be one of the rarest felines in the world. The species originally comes from the forests of eastern Russia, where less than 70 are thought to remain.

Their main threats are poaching for their fur, the hunting of their prey species by humans and habitat loss caused by the expansion of farms and cities.

When staying at Leopard Creek, you will enjoy 24-hour viewing of our Amur leopard enclosure, allowing observation of these exceptionally rare and beautiful cats' natural behaviours, something very few people have experienced.

All of our short breaks guests have a safari included in the cost of their stay. Your safari will take you on an adventure through our South American, Asian and African Experience zones where you will see spectacled bears, giraffe, zebra, wildebeest, camels and more.

We serve home cooked food made with home grown and locally sourced produce at our restaurants and cafes. Or relax and soak up the wonderful atmosphere of the unique Moroccan Courtyard (open spring & summer) at Port Lympne Hotel. Enjoy breakfast, lunch and Afternoon tea or a romantic candlelit dinner.

With 14 different ways to stay, we're certain we have the perfect accommodation for you at Port Lympne Hotel & Reserve. Don't forget that our unique accommodations can be booked as part of your conference or private event.

Enjoy stunning views from your award winning self-catering treehouse suite and explore the 600 acre reserve on your own personal golf buggy.

Immerse yourself in a luxury romantic retreat, with 180 degree panoramic views. Includes your own personal golf buggy.

Immerse yourself in the lives of the lion pride at Lion Lodge and explore the rest of the Reserve on your private golf buggy. 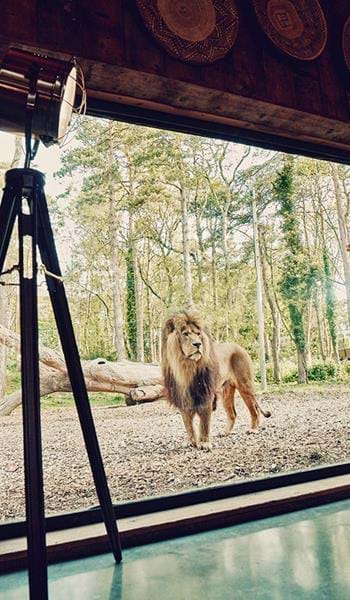 Back to the Wild!

With your visit and stay you contribute to our greatest mission, getting the animals 'Back to the Wild'. This initiative has already seen an impressive number of animals born at Howletts and Port Lympne returned to their natural habitats. Your help is vital for our worldwide conservation projects.

For bookings and for more information you can call 01303 234112 Monday to Sunday between 9am to 5pm, or fill in our simple online form and one of our team will be in touch.