Bakti is released - Back to The Wild

In previous editions of our Wildcry newsletters we brought you the story of a baby Javan gibbon, named Bakti, who was rescued from a farmer from Naringgul village, West Java. The young male had been kept as a pet and was in poor condition when he was confiscated by local forestry rangers and TAF West Java team on 9th January 2014. Estimated at less than a year old, his body weight was barely 950 grams and he was both dehydrated and suffering from malnutrition having been fed an inadequate diet of biscuits, rice and banana.

As with many young animals caught up in the illegal pet trade he had been purchased at a local market. How he had been taken from the wild, and the whereabouts of his mother, unknown. Kept in such poor conditions the traumatised youngster was in a miserable state.

Once he arrived at our Javan Primate Rescue Centre (JPRC) he was placed in an indoor cage to keep him warm, and to allow for close monitoring as he began to recover.  After a few weeks he was given access to an outdoor net cage to let him spend the daylight hours outside, enabling him to gain strength and learn natural behaviour. 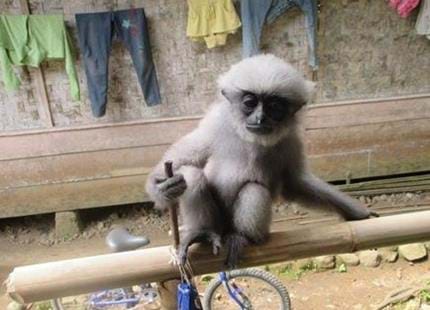 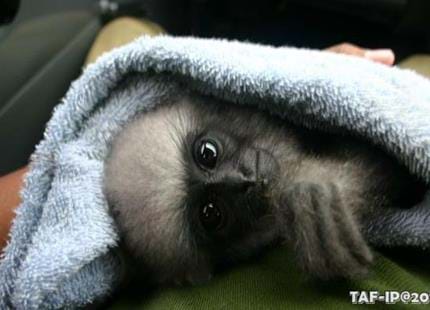 Learning to be a gibbon

Bakti’s first contact with another gibbon at the rescue centre came when he was moved to Ukong’s enclosure. Having lost her own baby some months earlier she had strong mothering instincts and quickly formed a strong bond with young Bakti, giving them both the emotional support they needed.

By 20th September 2016 Bakti, who had already left the company of Ukong, was ready to join the other young gibbons, (Amoy, Iwa and Monik), in the play group enclosure. He not only appeared to enjoy this socialization, but also slowly dominated the group. It soon became apparent that Bakti had formed a particularly strong bond with female, Monik and they often played together. Monik, roughly two years older, had arrived at JPRC in May 2016 from Tegal Alur, a village in the Kalideres district of Indonesia.

On 20th February 2017 Bakti and Monik were ready to move away from the play group and they were placed in a new enclosure for a few months before being sent to the habituation cage at Gambung release site, Mt. Tilu Nature Reserve.

On 1st August this year they were released into the forest at Pasir Tebih. Since then they have been adapting to their new home, and are doing well, already expanding their home range. The TAF Indonesia West Java team will continue to monitor them on a daily basis for as long as possible.

Read more about our work in Indonesia here